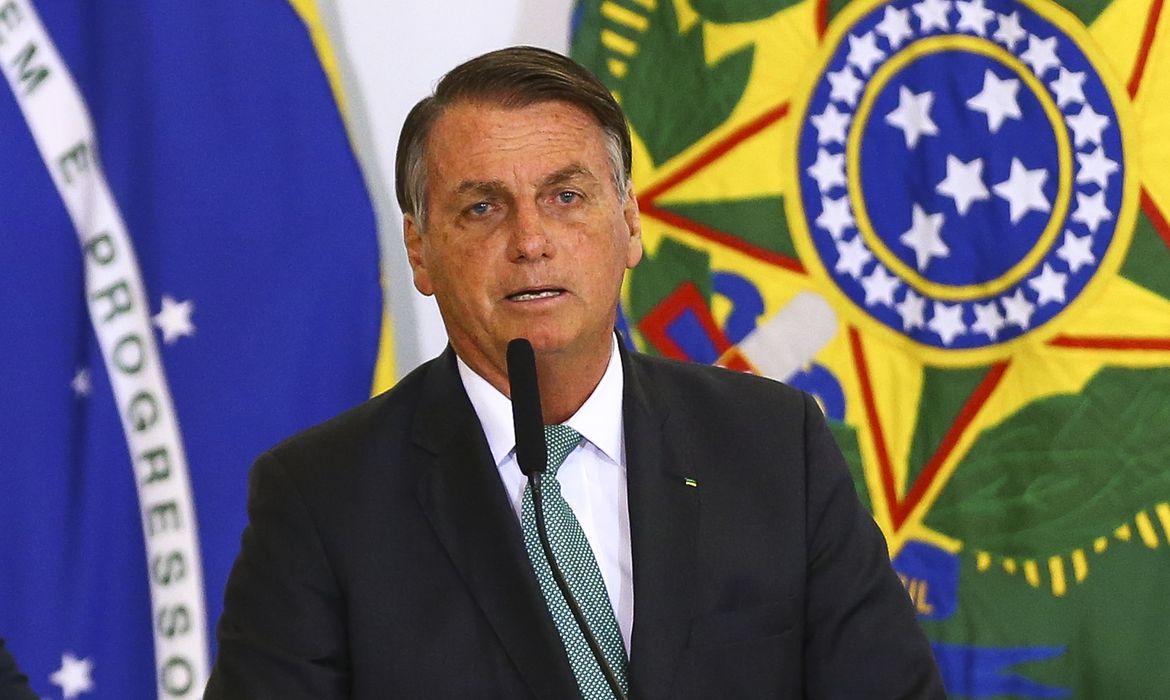 As an electoral year approaches and inflation remains out of control, Brazilian President Jair Bolsonaro’s populism seems to be growing, with possible – and serious – impacts on the energy sector.

Last week, Bolsonaro (in photo) said he would ask mines and energy minister Bento Albuquerque to lower the water scarcity flag level, which raised electric power rates to compensate for the increased use of thermoelectric plants amid the worst drought in 91 years.

“It hurts us to authorize minister Bento Albuquerque to decree the red flag, it hurts our hearts, we know how difficult electrical energy is. I will ask him… Not ask, but determine that it will return to the normal flag as of next month,” he said during a religious event in Brasília.

Flávio Conde, head of variable income at Levante Ideias de Investimentos, said the risk of the government forcing a return to the red flag tariff could drive investors away from the sector due to the losses that many generators may have and/or force a major federal government contribution to the electric power system as happened during Dilma Rousseff’s administration (2011-16).

“The interference of any government in public tariffs against guidelines of the technicians of the sector is always bad. Moreover, the charge for the water scarcity flag is not meant to punish the consumer, but to cover the additional costs that companies will have for being forced to generate less energy through the water of their reservoirs and buy energy from thermoelectric plants that costs much more,” Conde told BNamericas.

Bolsonaro’s comments come less than three weeks after he said he would meet with Albuquerque to discuss ways how Petrobras can lower fuel prices.

However, with the state-run oil giant’s import parity price policy relatively shielded, the Brazilian president more recently claimed he is leaning toward privatizing the company, apparently aiming to distance the federal government from future price hikes.

Bolsonaro’s remarks have not attracted much attention in the market, as they were seen more as populist rhetoric than realistic goals. There was no official reaction from the main electric power associations, while Petrobras’ shares remained steady.

But the risk of federal interference in fuel and electric power prices could grow in 2022, especially if the right-wing Bolsonaro’s approval rates do not recover.

As for Petrobras’ privatization – an idea that is also supported by economy minister Paulo Guedes – it is practically impossible to achieve such a delicate and complex process before the October 2022 presidential elections. It may, nonetheless, become an issue for the reelection campaign of Bolsonaro, who in previous years often said he was against the sale of the company.