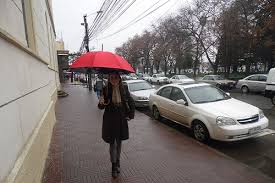 Central Chile is still beset by water scarcity despite receiving more rain by the end of July than in all of 2021, as precipitation remains well below what is considered normal.

As of July 31, Santiago recorded a cumulative total of 125mm of rain, compared with 78mm as of the same date of last year and 114mm in the whole of 2021, a long way from the 294mm that the government’s meteorological office classifies as normal for this time of year.

The meteorological office data also shows that the main reservoir serving the Metropolitan region, El Yeso, was at 153Mm3 (million cubic meters) as of July 25, or 70% of its maximum capacity.

While this is not as dire a situation as in reservoirs further north that are below 20% of capacity, it is still lower than on July 25 last year and also well under the historical monthly average of 173Mm3, according to water regulator DGA.

Public works minister Juan Carlos García has warned that even if rainfall were to return to normal levels, it would still not be enough to officially end the drought, since the overall cumulative precipitation would be low. He added that the country as a whole is still at risk of having to resort to water rationing next summer.

Eastern Santiago is particularly vulnerable, since it is supplied with water from the Mapocho River, which has reached record lows this year.

It is expected that rain levels will remain below normal levels during August and September both in Santiago and the rest of central Chile (Valparaíso, Metropolitan, O’Higgins and Maule regions).

Local water utility Aguas Andinas reported making investments of 26bn pesos (US$29mn) in the first quarter of 2022, with some of the ongoing projects including: